Many recent industry events have been focused on the topic of tech-flex trends in the Pittsburgh region. During SMPS Pittsburgh’s October 2022 luncheon, Tim White with the Regional Industrial Development Corporation (RIDC) indicated that the term “tech-flex” came when Carnegie Robotics branched off from the National Robotics Engineering Center (NREC). The panel also defined tech-flex as a varied term, as the use of open spaces like this will look and feel very different based on the specific end user. There will be varying amounts of office vs. warehouse or distribution space in a given tech-flex property. For example, life sciences companies will likely use the space differently than a robotics company may.

The discussions at these events leave us feeling not only informed and inspired but also honored to have supported so many successful organizations in this space. Our mission is to unite our team and customers to build the future. We’re watching these innovative companies create tech that has a real, lasting impact on our society, and it brings us profound satisfaction to have been able to support them in some way.  Today, we’re reminiscing on these projects:

The first to mention is the RIDC’s Lawrenceville Technology Center (LTC). Franjo has been able to support not only the RIDC through the ground-up construction of the Tech Forge, but also LTC tenants like Carnegie Robotics, Caterpillar Automation, and Aurora Innovation. The Tech Forge is a nearly 68,000 SF high-tech and high-efficiency flex building. The energy-efficient design empowers the building to handle multiple high-tech tenants. Franjo also completed the build-out of Caterpillar Automation’s space as well as Aurora Innovation’s space, though Aurora has since moved. Tech Forge maintains an open floor plan and a green rooftop patio. Upon completion, Franjo was selected twice again to build out spaces for two tenants: Caterpillar Automation and Aurora Innovation. Aurora has since outgrown their space calling for a relocation. Caterpillar’s space includes offices and high bays.

Carnegie Robotics’ CEO, Steve DiAntonio, says the company “tends to serve markets that highly value worker safety,” which aligns with our culture as well. They had been in the RIDC’s Chocolate Factory. Then in 2014, Franjo converted the former Heppenstall Steel Mill into a world-class robotics and production facility. Mr. DiAntonio says

this new space is “critical as a way to help recruit the type of employees [they] need and create the world-class culture to get the customers [they] want to foster growth.”

It was recognized in 2017 by NAIOP as one of the top reuse projects in North America.

Keystone Commons is another one of over 20 projects with the RIDC. Franjo renovated the East Shop and crane shed for TAKTL, a company that manufactures Architectural UHPC facade cladding panels for rainscreen, curtainwall, and prefabricated wall assembly applications. The two spaces comprise a total of over 116,000 SF of the 2.25 million SF on the campus. 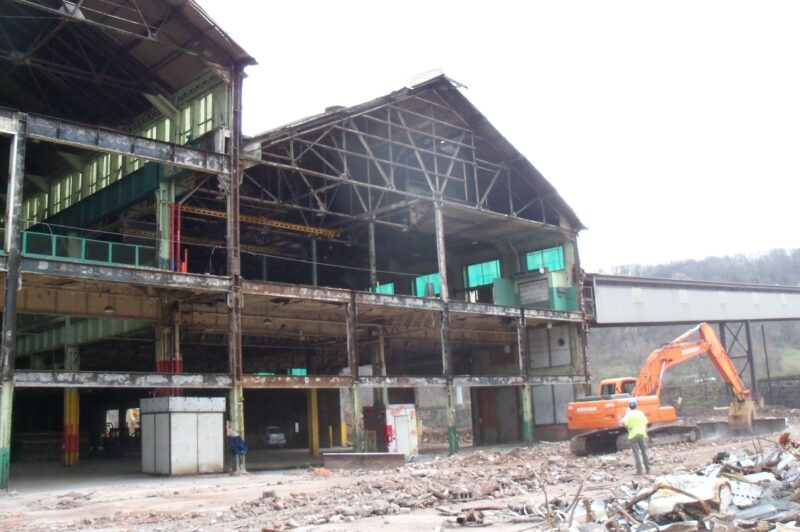 East Shop after (courtesy of RIDC)

In 2018, Franjo delivered a fully renovated office space to Uber ATG. Constructed in the early 1900s, the Crucible Building served as a steel fabrication shop. Franjo Construction adapted it to become an office building for Uber ATG, which has since been acquired by Aurora Innovation. Designed by NEXT Architecture, the open space includes many features that are a nod to not only the building’s history, but to the City of Pittsburgh. Light fixtures mimic Pittsburgh’s streets, and a wall of windows offers views of the Allegheny River. Features like polished concrete floors and steel beams honor the history coupled with new features like a premier reception desk and data and communications for 700+ staff.

At the same time, Franjo renovated the former Wilson-McGinley beer distributor building on 36th Street. Upon completion, the building served as a garage for Uber to store vehicles when not working on or testing them. 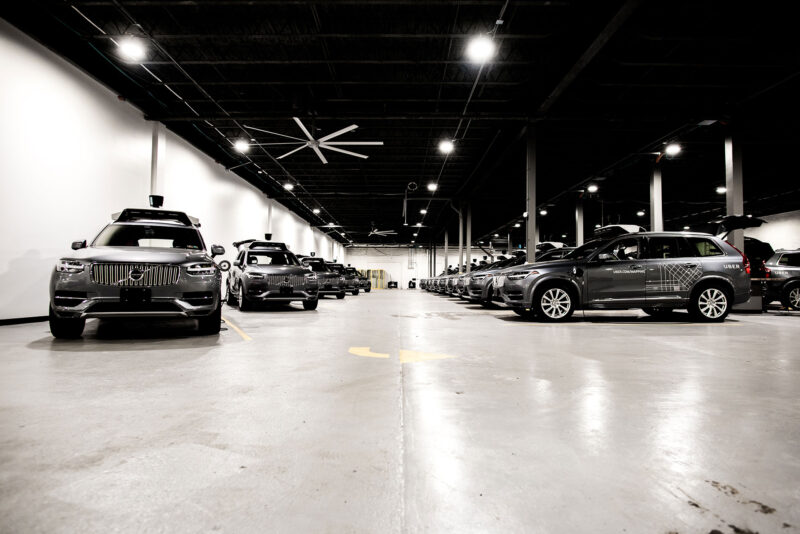